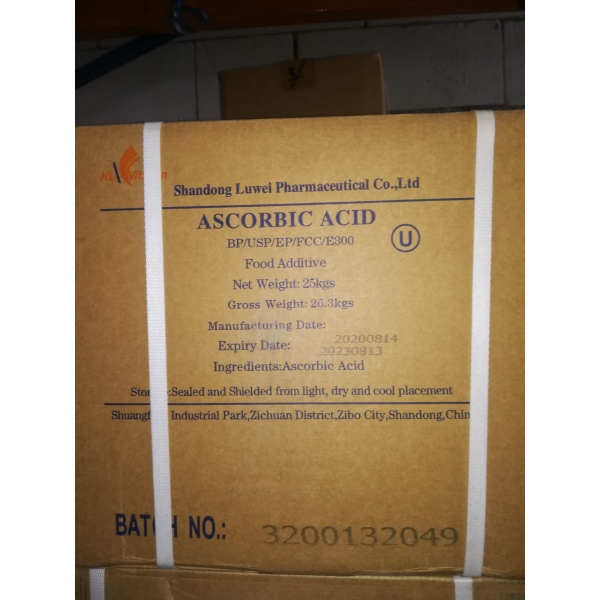 The chemical form of the chemical form of which is called C6H806 (3-keto-L-gulofuranolenane) and is now called Vitamin C is the natural form of L-Ascorbic Acid (ASA). Another type of ascorbic acid is D-ascorbic acid. It is in the class of water-soluble and soluble vitamins, it is easily oxidized by contact with air, it dissolves in water, it is sour taste, it becomes darker in contact with light, it is a heat-resistant vitamin. Ascorbic acid is a monosaccharide derivative which is similar to glucose and other six carbon monosaccharides. Ascorbic acid is a white or light yellow colored odorless crystalline substance. Although acid is generally used as an acid regulator for pH control, it gives an acidic taste in the use of foodstuffs. There is a significant place in the food industry for prevention. It is used as an antioxidant because it has the feature of oxygen retention. Polarized turns the light to the right. It's hardly soluble in acetone. Insoluble in ether, petroleum ether, benzene, chloroform and oils.

ASA is also found in the form of an oxidizing (dehydroascorbate), although it is more frequently found in the body (L-Ascorbic acid). Dehydroascorbate and L-Ascorbic acid can be transformed into each other and they exhibit biologically equal activity in human. The ASA inhibits undesired oxidation reactions in cells due to its reductive property. Vitamin C synthesis, glucose-derived gluconic acid or galactonic acid walks over. It needs 3 enzymes to synthesize vitamin C from gluconic acid by this metabolic pathway. These enzymes were isolated from liver microsomal fractions. Ascorbic acid can be synthesized in plants and animals. But humans cannot be synthesized in primates, guinea pigs, bats and some fish species. This is due to the presence of gulonolactone oxidazenzyme catalyzing the reaction of ascorbic acid biosynthesis. Therefore, it is mandatory to take vitamin C from outside.

Ascorbic acid and its sodium, potassium and calcium salts are often used as an antioxidant food additive. These compounds are water-soluble and therefore protects them from oxidation. For this process, oil-soluble esters of ascorbic acid with long-chain fatty acids (ascorbyl palmitate or ascorbyl stearate) can be used as food antioxidants. China accounts for about 80% of the world's production of ascorbic acid. Ascorbic acid used as an antioxidant in the beer industry; while improving the shelf life of beer by preventing turbidity, while maintaining the preservation of color in meat industry, it is used as a developer in the bakery industry, and in the prevention of color fading in fruit pulp and waters. Apart from this, butter, frozen egg products, powder and concentrated milk, frozen potato etc. products. perform similar tasks. Various additives have been widely used today in order to eliminate some of the defects caused by the combination of flour in bread making and to improve the quality of bread. Among these additives, L-AA has a very special and important place especially in the production of bread by the method of "mechanical pulping". The formation of disulfide bonds strengthens the gluten structure of the dough, thus increasing the gas holding capacity of the dough, increasing the volume of bread and improving the pore structure. Fresh fruit and vegetables and raw meat are the richest sources of this vitamin which is very common in nature. Most of the fruits include ascorbic acid; lemon, orange, grapefruit, kiwi, pineapple, china