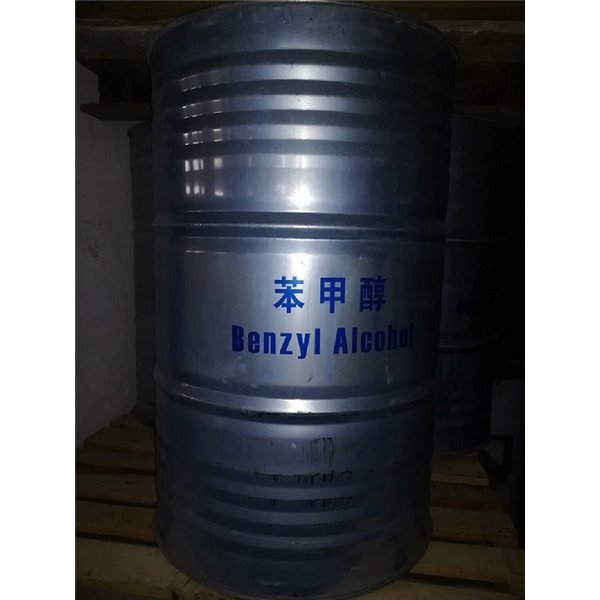 The chemical formula is C6H5CH2OH. In general, the production is carried out with the influence of sodium carbonate on benzyl chloride. It can be oxidized to primary aliphatic alcohols to give benzaldehyde and benzoic acid, respectively. Colorless. It is due to low toxicity, and a useful solvent for low vapor pressure. Although it is mixed with phenol most of the time it is not the same substances. It has the same refractive index as quartz and wool fiber.

Generally the production is done with the effect of sodium carbonate on benzyl chloride Benzyl Alcohol; With the Cannizaro reaction, the two-molecule aldehyde in the aqueous basic environment form a high and a low oxidation (oxidation) cascade product. Benzyl alcohol reacts with acrylonitrile to give N-benzic acrylamide. This is a Ritter reaction.

Benzyl alcohol is prepared by the use of sodium hydroxide, benzyl chloride and hydrolysis

The acidification can then be prepared by reacting formaldehyde with phenyl magnesium bromide (C6H5MgBr) with a Grignard reaction.

Cosmetic
It is used in the perfume industry especially in the form of esters formed with aliphatic acids.

Nanotechnology
The solvent for the dielectrophoretic construction of the benzyl alcohol wires is used as a dielectric.

Health
Benzyl alcohol in the health sector is used as a low-concentration bacteriostatic preservative as an intravenous drug.

Other
Benzyl alcohol is used as a general solvent for ink, paint, lacquers, and epoxy resin coatings. It is also a pioneer for the industry of esters used in soap in various industries.