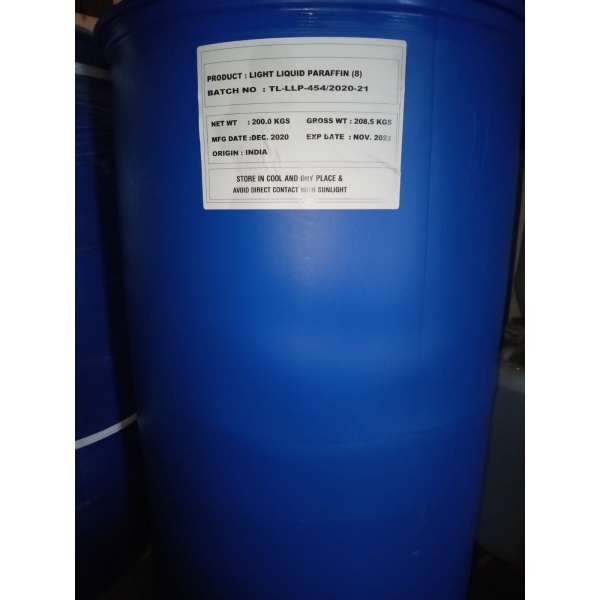 Paraffin wax, whose chemical formula is CnH2n + 2 and whose n value can be changed between 24-36, was first obtained from wood tar by Carl Reichenbach in 1829; then butyrylated layers; It was obtained from oil after 1867. In 1947, synthetic paraffin wax was made. The melting point of solid paraffin is higher than the liquid. It does not transmit heat. Liquid paraffin is mixed with petroleum jelly, glycerin or mineral oils in paraffin paraffin baths.

The oil paraffin obtained as a by-product in the refining of the crude oil is first melted in the heat, then the paraffin is freed only by cooling, and the agar is removed by draining from the fat parts of the pulp. Today, modern working paraffin mills also produce paraffin wax based on the above principle. By further purification, color, smell and taste are improved. Sulphate acid and clay are used in the purification process.

Plasticizer
It is used as a softener in mechanics in paraffin oil.

Textile
In the textile sector, the process of lubricating the yarn is provided by the waxing method.

Other
It is used as a chemical and electricity isolation material in various industries.