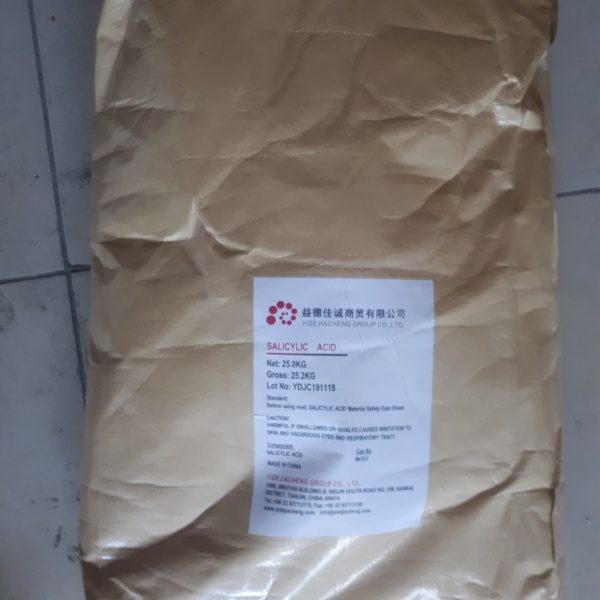 It is a beta hydroxy acid with a chemical formula C6H4 (OH) CO2H (BHA). This colorless, crystalline organic acid is the substance in which acetylsalicylic acid is converted into the body and is usually used as a herbal hormone. It was found by Piria in 1838 and had similar chemical properties as acetyl salicylic acid which is called as aspirin.

Production and Reactions
It was synthetically derived from salicyl aldehyde oxidation in ancient times. Unripe fruits and vegetables are also used as a source of natural salicylic acid. Stinging nettle and biting nettle can be obtained in abundance.
It facilitates softening and peeling of dead tissue used in Callus treatment by mixing 15-20% with Vaseline.

Medicine
It has been known since antiquity to reduce pain and reduce fever. It is used as an intermediate in the production of aspirin up to 50%.

Cosmetic
In this sector, chemical peeling products are abundant in use.

It is used in the production of paint and as a preservative.

food
Methyl salicylate is a very common compound in grape fat and is used as a sweetener.