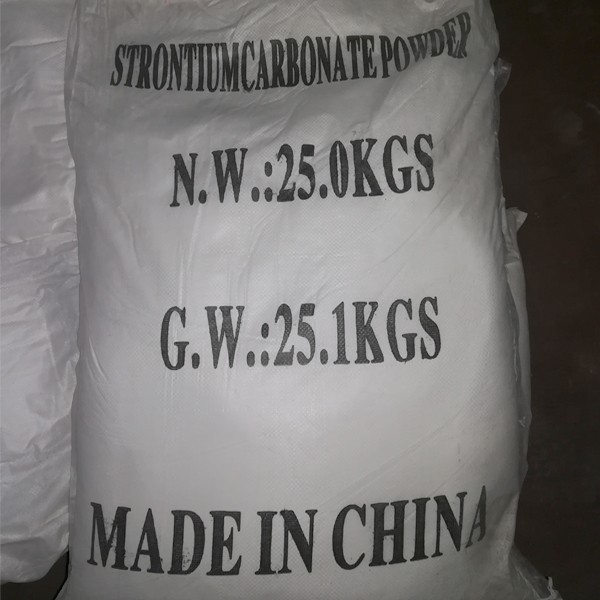 Its chemical formula is Srco3, strontium carbonate is a white or grayish chemical. In general, this material is found in our country with its reserves, especially in tv tubes. used as a benefit.

Strontium metal is produced under vacuum in electric arc furnaces as a result of metalothermic reduction of strontium oxide with metallic aluminum.
In the reduction process, finely ground celestite and carbon are reduced to water-soluble sulfur in rotary kilns (1100-1200 ° C). It is dissolved in hot water and insoluble substances are filtered off. It is converted to strontium carbonate with sodium carbonate or carbon dioxide. The strontium carbonate separated from the main water is washed and dried.

Television
It is widely used in the production of glass of tv tubes.

Iron
Ferrite is used as a seperator in iron ores.

Firework
It can be used in this sector since it can create a red color with flame.

Machine
It is used as lubricant in the shaft bearings of machines used in many sectors.