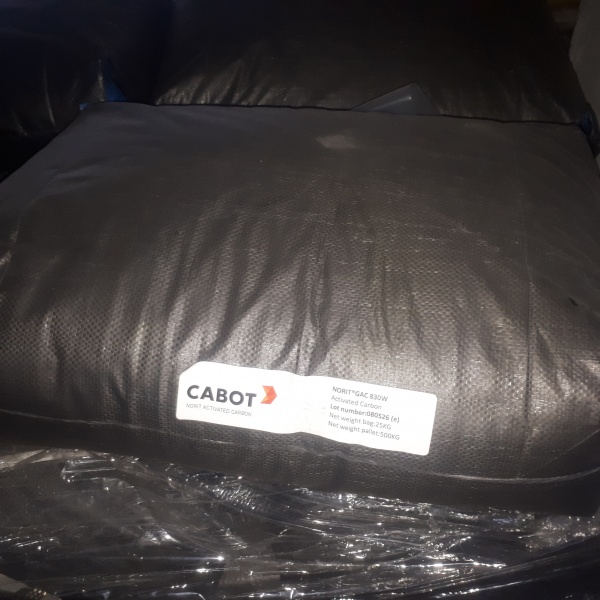 These industrial adsorbents, which are widely used in industrial adsorbents and are used in many sectors, are generally activated carbons with high porosity to control environmental pollution. The first production stages are explained with two basic principles. These are chemical activation and gas activation.
In 1927, the smell of chlorophenol in drinking water caused great problems in Germany, and the use of activated carbon during the preparation of city water was also important. Activated carbon has been used in powder form in 1930s to remove odors in drinking water and after a short time it has gained a great importance in the removal of odors, especially in America, and has come to our day.

The pore size is the most important condition in the removal of pollution. The pores can be cylindrical or conical. Because the gravitational force between the carbon and the adsorbed molecules is greater between the molecules whose molecule size is close to the pores.

The pore size is the most important condition in the removal of pollution. The pores can be cylindrical or conical. Because the gravitational force between the carbon and the adsorbed molecules is greater between the molecules whose molecule size is close to the pores.
For IUPAC adsorbents, the pore size is divided into four according to their radius.
Macro pores (R> 25 nm)
Meso pores (1 <r <25 nm)
Micropores (0.4 <r <1 nm)
They are classified as submicro pores (r <0.4 nm).

Naturally, wood, hazelnut shell, coconut, etc. can be found in the materials can be produced from carbon-derived materials in the mining sector.

The physical reactivation method can generally be carried out using one or a combination of the following processes.

By carbonization method, in the absence of oxygen in an inert atmosphere through pyrolysis, gases such as argon or nitrogen are synthesized at 600-900 ° C.

With the oxidation method, the solid or the raw material in the carbonized material phase is exposed to the oxidizing atmosphere and the reaction is expected to occur.

It is used in drinking water, organic compounds and chlorine retention, odor removal in waste water treatment and color removal.

It is used as additive and moisture holder in PVC production.

The industries that refine renewable oils and related products take the first place among those who use activated carbon in the treatment. It is used by adding cotton oil to clay soil in color removal.

The size of the pores must be appropriate to the particle diameters of the impurities to be removed.