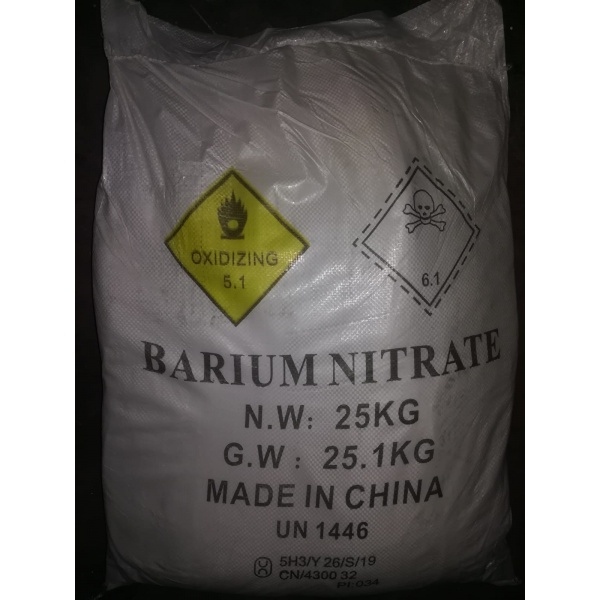 Barium nitrate; barium carbonate in nitric acid, which forms the impurity of iron for a crystallized precipitate, is melted into small pieces to give the first mixture. The second mixture consists of a mixture of barium chloride and a solution heated through sodium nitrate to cause barium nitrate crystals to separate. At high temperatures, barium nitrate disintegrates Barium oxide, nitrogen dioxide and oxygen:

Explosive
It is used in the production of green fireworks in the industry. Baratol barium nitrate formation is an explosive composition consisting of TNT and binder.

Chemistry
Barium is used as a component in the production of peroxide.