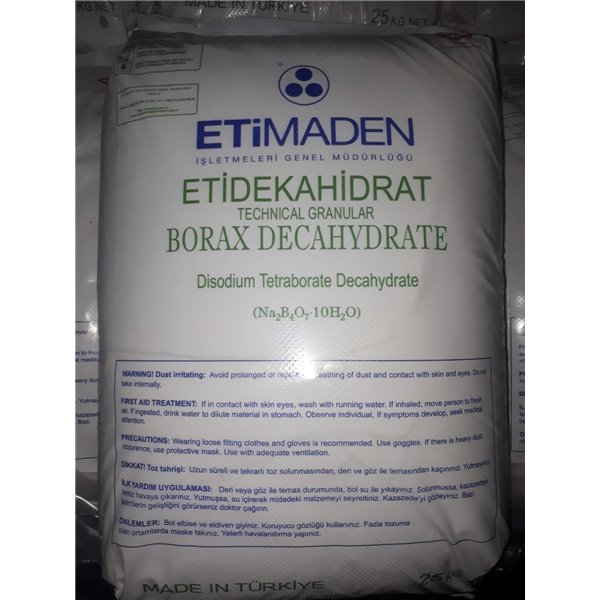 Chemical of formula na2b4o7.10h2o generally in the form of sodium borate, pipe derivative as tuzudur.tuz the structure of the oxy acids of the pipe with a large reserve in Turkey Na2 (OH) 2.8H2O) reacting properly explained etmektedir.s oxygen, sodium and broadside is a natural mineral occurring.Boraks name comes from the Arabic word Burak, is bright in the meaning. It is known as tinkal in Turkestan. It is white in Anatolia and can be found in powder and crystalline form. It is a natural mineral composed of water, oxygen, sodium and borde. It is a powerful natural disinfectant with its antiseptic, antifungal and antibiotic properties.

Sodium borate is obtained by evaporation and crystallization of salt water. It is obtained by reacting boric acid and anhydrous sodium carbonate in the laboratory.

The occurrence of colored borax pearls in chemistry laboratories is used in analytical assays to understand the presence of true metal ions such as copper, nickel, iron and chromium.

Cleaning
The most widely used area in this section.

Silver
It is the most important element of the fine grain developers in this industry.

Pine
It is used in the production of durable and unbreakable borsilicate glass.

Agriculture
It is used in the growth of some plant species in this sector, while it is used to reduce inefficiency in soil.

Other
In addition to all these sectors, it is used as an additive in borax dyes, auxiliary in porcelain enameling, as a by-product in reactions in cola and glues.