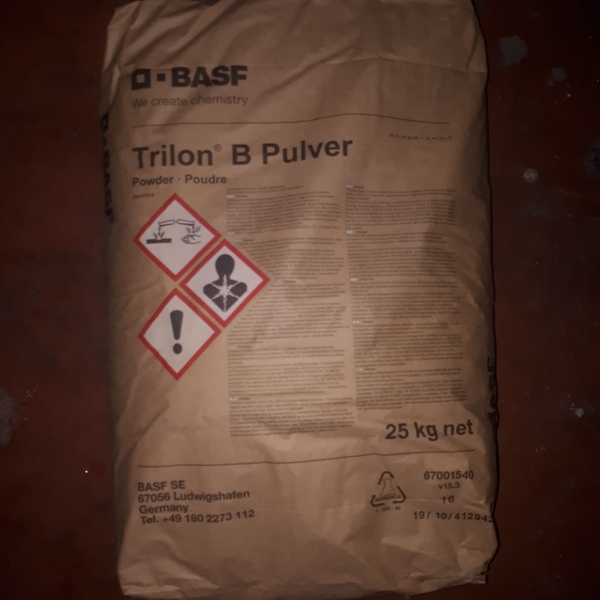 Molecular formula: C10H16N2O8 is an EDTA polyamino carboxylic acid compound in the form of a white salt salt of RTA with an open formula of 2 [CH2N (CH2CO2H) 2]. , HgHHhhhh etc. with metal ions in a wide range of pH in water dissolves the ability to form complexes. Such complexes are particularly stable against the alkaline environment and high temperatures. It is a ligand that can surround four sides of the metal ion it receives. It can be dissolved in water and polar solvents. It breaks down at 150-200 oC, slowly gives crystallization water and loses its color. EDTA shows high affinity for metal ions.

EDTA can be obtained from ethylenediamine and chloracetic acid solutions.

The chemical structure of EDTA from the polyamino carboxylic acid group has 2 amino 4 carboxyl ligands.

Chemistry
In chemical laboratories, EDTA is used to hold metal ions. Substances formed by EDTA solutions are also used as constituents in a number of constituents. They are also used as masking agent analyzes in water hardness. The EDTA salt can be incorporated into all types of alkali degreasers to stabilize polyphosphates and to prevent lumps in lime soaps.

biochemistry
Biochemistry and molecular biology are used against enzymes as ion consumers.

Cleaner
In this sector, EDTA's solubility and resistance to hydrolysis is benefited from. It is used as an aid in neutral and alkali rust removal.

Water
It prevents water settling on the cleaned surface and minimizes the impact of water hardness and polyvalent metal ions.

Soap and Detergent
EDTA molds can be added to the soap, toilet soap, and shaving soaps to prevent discoloration and mold formation. EDTA powder: Mold soap: 0.1-0.2%; The use of liquid soap: approx. 1%. The most important function of EDTA varieties in detergents is to make perborate and percarbonate bleaching stable. To prevent trace amounts of heavy metals catalyzing decomposition is required up to 0.1-0.5%.

Rubber
It is used to bind iron ions in the catalyst systems used in the polymerization of rubber.