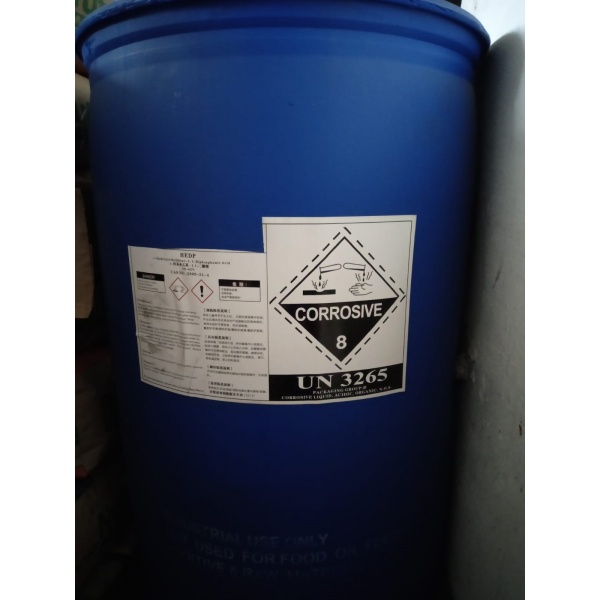 This substance, known as hydroxypropylidene, with its chemical formula C2H8O7P2, is preferred for acid-type neutral pH based formulations. By forming stable water-soluble complexes with polyvalent metal ions, phosphonates prevent undesirable effects by inhibiting normal reaction of the metal ion. It is miscible with water in all proportions and has a strong complexing capacity with polyvalent cations. Excellent complexing agent for transition metals such as iron, copper, manganese and zinc. High purity products are produced and tested to meet the consistent high quality requirements encountered. It is stable under oxygen bleach conditions.

AMP and ATMPs can be obtained under suitable conditions with other chemicals in a poly phosphate formulation.

Water
It is used in industrial water treatment systems and water systems as sequesterers to control metal ions in water systems. It provides chlorine resistance in swimming pools.

Agriculture
These chemical fertilizers are used in corrosion inhibition applications in addition to the main applications of agricultural chemicals such as pesticides and soil fertility.

Chemistry
It is used in stabilization of peroxide bonds in alkaline environments. It is also used as a stabilizer in chemicals such as bleach and so on.

Cosmetic
In this sector, it is used as a complexing agent (such as thioglycolic acid, thiolactic acid) in hair cosmetics containing mercaptan groups.