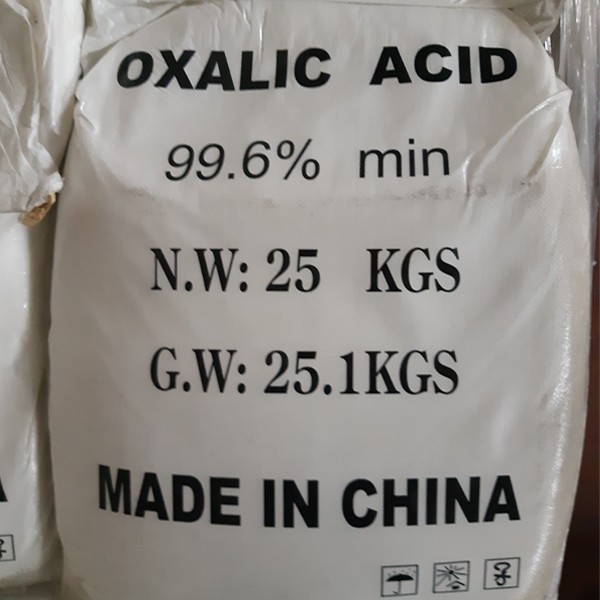 Oxalic acid, whose chemical formula is C2H2O4, is one of the most well-known organic acids, a weakly acidic, odorless crystalline or powdery plant-based chemical. It consists only of two interconnected carboxyl radicals. Water and polar organic solvents in the event is resolved. The oxalic used in beekeeping is a form of Dihydrate in which two molecules of water have been added. Commercially it is usually sold in the form of dihydrate, ie H2C2O4.2H2O, as it has the ability to absorb moisture from the bed. Calcium oxalate is the most common salt form.

Dihydrate form is used in this sector as titration standard in alkalimetri and manganometry. Calcium is used in the quantitative analysis and the use of rare earth metals in the separation of other types of use.

Beekeeping
We know that it is also used in the Varroa struggle in organic and conventional beekeeping.

Medicine
In the pharmaceutical industry; used as purification agent.

Water
It is used to remove calcium ions from the water in the waste water treatment industry.

Unlike other carboxylic acids other than formic acid, oxalic acid can be easily amplified. Because of this feature, whitening, rust and ink removal is used in such operations.