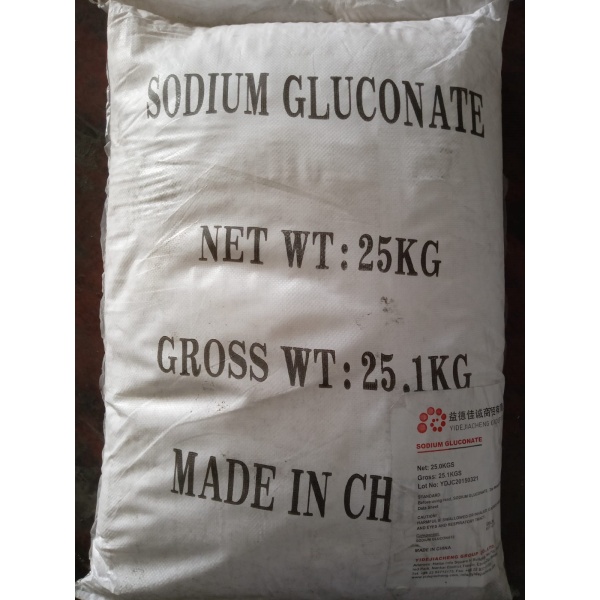 Chemical formula of C6H11NaO7, which is known as E 572, is a sodium salt of gluconic acid in white fine granule structure. It can resist to oxidation at high temperatures and in this way can be used in many sectors.

The most known and used form of sodium gluconate; production of glucose by fermentation.

Metal
This substance, which even binds heavy metals, is used in this sector as metal binder and surface water.

Concrete
Sodium gluconate is used as an additive in printed concrete technology.

Pine
It is used as cleaning agent in glass bottles.

Cement
It is used as a clamp in cement industry.

Textile
It is widely used as an additive in textile dyes.

Other
Since it has the feature that can be biodegradable easily and thus does not create a waste water problem, it finds use in many sectors.