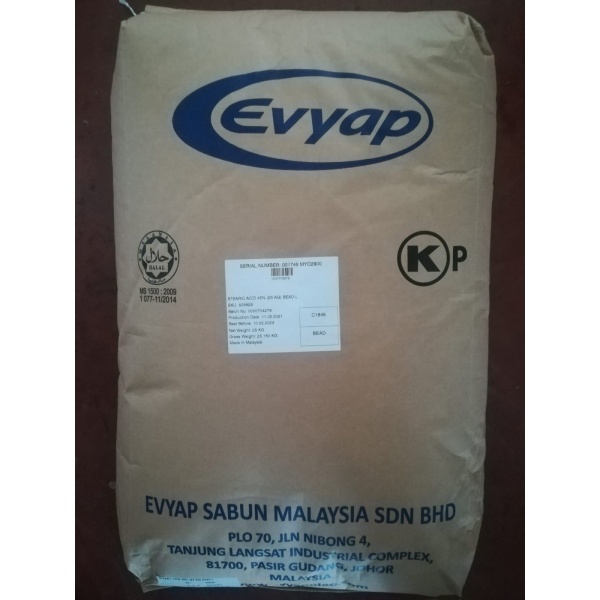 Its chemical formula is CH3 (CH2) 16COOH, which is the most known 18 carbon long chain aliphatic carboxylic fatty acid in nature. Most animal and plant oils are mostly found in the form of glyceride stearin. Stearic acid and its compounds, especially salts they are important. Long chain alcohol esters are known as wax. Esters of other monohydric and polyhydric alcohols are used in the manufacture of varnishes and in the production of non-ionic surfactants.

Stearic acid can be obtained by hydrolysis from animal oils.

Commercial production is a mixture of stearic, palmitic and other fatty acids. It can be separated by fractional distillation as pure material.

It is prepared by hydrogenation of soybean oil or other vegetable oils.

Cosmetic
In this sector, it is used as an emulsifier in its product.

Rubber
It is used as a softener, accelerator activator and dispersing agent in the rubber industry.

-Soap detergent
It is used as the main ingredient of toilet and laundry soaps, such as oleates and palmitates.

Textile
Stearic acid is used in the manufacture of waterproof fabrics.

Candle
It is used in the production of wax and wax.

Other
In the case of metal salts (such as zinc stearate, iron stearate), paint, pharmacy etc. can be used in many sectors.