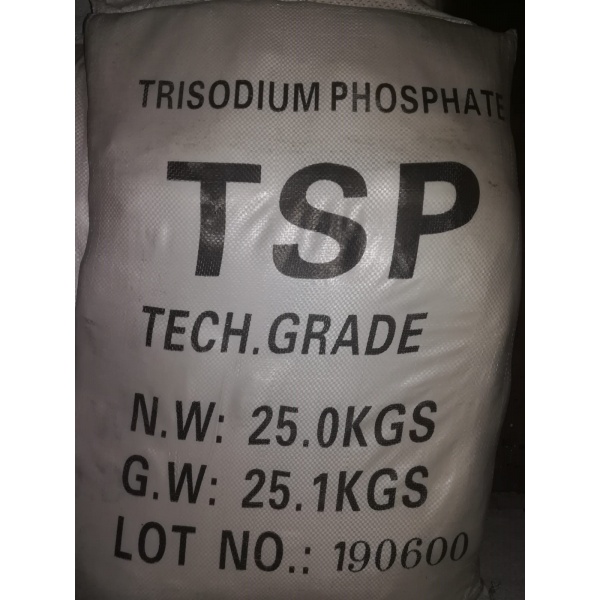 It is an inorganic compound in the form of white granules or crystalline powder with the chemical formula Na3PO4. It is known as TSP for short and is Na3PO4. It can also be found in the form of hydrates in the form of n (H2O). The amount of solubility in water is quite high, it makes its aqueous solution alkaline thanks to the phosphate in its structure. It is dissolved in drinking water. It is produced by phosphoric acid neutralization using sodium hydroxides, with sodium carbonate.

It can be produced commercially from phosphoric acid produced from the mine in the US.

Water
This sector is used for lime prevention and water softening.

Paint
It is used as a cleaning and degreasing agent to prepare surfaces suitable for painting. In addition, TSP can be used to remove wax which is found in most painters.

Other
Ph value adjuster, supplementary for feeding animals, emulsifiers, photo developers, steam boiler pulp-shell removal, thickening agent and separation agent (metal complexing), to prevent the formation of phosphate on the surface of the meat has many things to use.