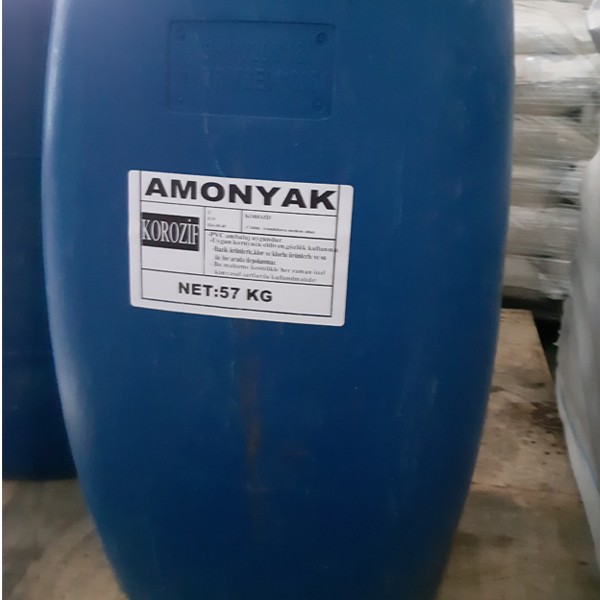 Its chemical formula is NH3, colorless and sharp, and has a unpleasant unpleasant odor. Its commercial name is Ammonium Hydroxide Solution and its molecules are polar and are highly soluble in water thanks to their weak hydrogen bonds. Gasification is used as refrigerant in many sectors due to its high latent heat. This alkali solution (base), which converts the color of red litmus paper to blue, gives ammonium salts when combined with acids.

The main method applied in the industry in the production of ammonia, where the combination of elements is sufficient; This method is the BOSCH method.

While nitrogen is obtained from air, hydrogen is obtained from natural gas and ammonia is produced as a result of the above reaction with the help of its catalysts. A large amount of ammonia is obtained in coal plants during coking. It is also synthetically derived from its elements (nitrogen and hydrogen) in industry. 85% of the total amount of ammonia is by synthetic method. Ammonia is found in plants with high yield and rainwater in nature. It also occurs in nitrate of animal and animal materials. In addition, they are obtained as a by-product in the gas plants by the purification of the smoke from the chimneys of the factories.

It is used for acid-base balance and nitric acid production in chemistry laboratories.

It is used as the first substance in the production of nitrogen fertilizers.

Silver goods are used for polishing and cleaning.

It is used as an auxiliary material in the construction of explosives.

A brief presentation about Ammonia Liquid