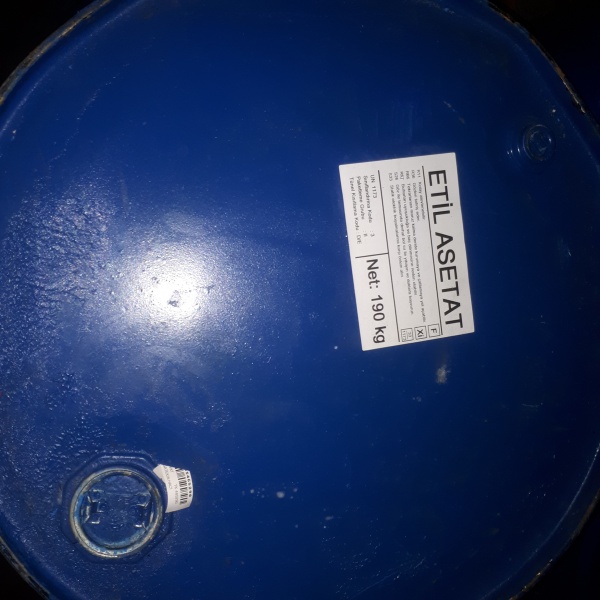 Chemical formula C4H8O2 is a colorless organic compound having an open formula CH3COOCH2CH3. ethyl acetate, ethanol and acetic acid. Chloroform is soluble in alcohols and ethers. The uhuya used as adhesive gives the characteristic smell.

Production and Reactions
Ethyl acetate is produced by reacting ethanol and acetic acid, generally by conventional Fischer esterification in industry. This mixture is esterified at 65% at room temperature:

The reaction can be accelerated by acid catalysis and the balance can be shifted to the right by eliminating the water.
Ethyl acetate can also be obtained by the Tishchenko reaction.

Cosmetic
It is used in nail polish cleaning by placing in acetone and acetonitrile. Due to the high rate of evaporation during use in perfumes, it is released from the surface by leaving odor to the skin.

Paint
It is also used as activator and hardener in paint sector.

Other
It is used to clear advertising banners from the surface.