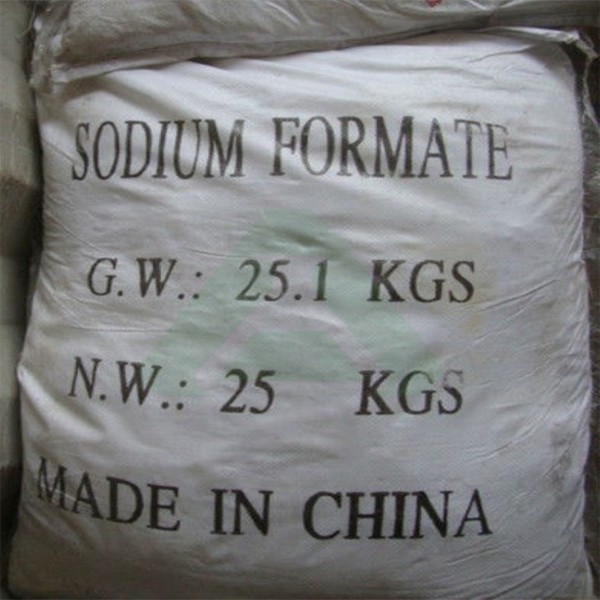 General Information
Sodium form of white powder, which has the chemical formula HCOONa, is the sodium salt of formic acid. Its use as% 95 is the content of 95% and above.

Production and Reactions
For commercial use, the sodium formate can be produced when combined with carbon monoxide and water under pressure in solid sodium hydroxide at 160 ° C.

CO + NaOH hcoo to
The sodium formate can be prepared by sodium carbonate in neutralized laboratory with formic acid.
Sodium hydroxide can be obtained by reacting chloroform with an alcohol solution.

3NaCl + 4NaOH? HCOONa + CHCl3 + + 2H2O
The sodium formate can also be formed by the Haloform reaction between an ethanol and sodium hypochlorite in the presence of a base.

food
Sodium formate is used as a preservative in food industry.

It is used as an intermediate in the leather industry during the synthesis process.

Textile
It is used as an additive in yarn and dyes in textile sector.

Other
It is used as melting agent by using melting point.